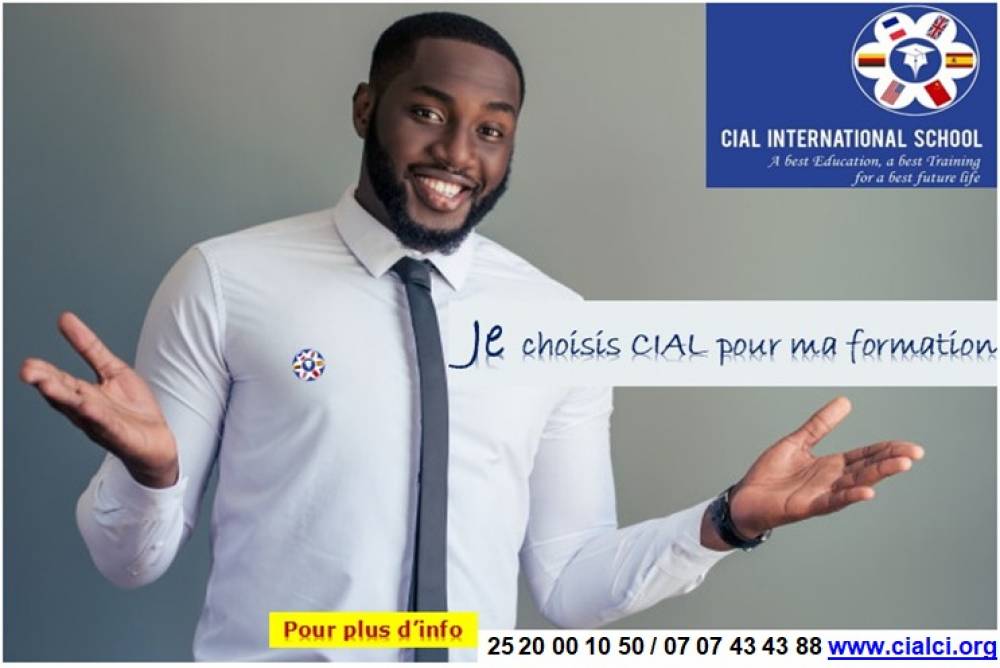 Students will first take a mandatory English test lasting 2 hours. Only the result will help us assess the level of each student.

CIAL INTERNATIONAL SCHOOL was founded in 2006 by its Founding Executive Director, NESTOR ASSIDENOU inside the National Library of Cote d’Ivoire. Approved by FDFP (Vocational Training Development Fund) and certified in 2012 by ETS (Educational Testing System, the American founding body of the TOEFL iBT based in Princeton, New Jersey, United States which develops, administers and rates the centers all over the world), CIAL INTERNATIONAL SCHOOL is a language training institution and official center for international exams and preparations. Here is an account of its ascent.